With your help we be able to give away funds to a worthy NZ charity next month!

A society where the hearing impaired are connected, empowered and respected. 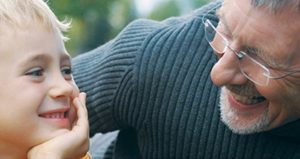 Our purpose is to: 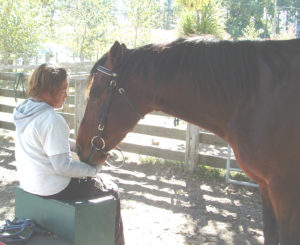 in 1999 to help a suicidal young woman get back on her feet by giving her a job. The trekking business did well but the casual way in which clients rode the horses didn’t sit well with the operators, and inspired the term ‘hairy bicycle syndrome’. To address this concern half day Horse Sense sessions were offered in which participants learned about the nature of horses which transcended merely riding them and these became very successful.

When the young woman finally found her feet and was ready to face life again, Ros felt the aim of the trekking business had been fulfilled and therefore prepared to close the business. However, there was an outcry from groups of at-risk youth and mental health clients who had found the Horse Sense sessions beneficial, so Ros closed the business and set up the Leg-Up Trust to meet the expressed needs of these people.

The point of difference in Leg-Up’s approach which succeeds where all else has failed lies in the use of horses as teachers. Where human beings may be suspect in the view of abused and neglected children, the horses pose no such risk to damaged souls. They keep their own counsel, offer what is perceived as unconditional love and do not judge. The students learn the basics of a relationship which has to supersede the predator/prey barrier, and through this become aware of how their actions influence those around them 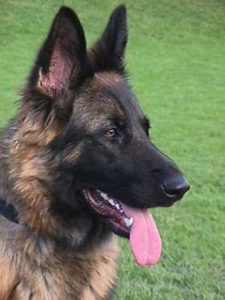 The German Shepherd Dog Rescue Trust (GSRT) is a New Zealand-based non-profit Charitable Trust, an entirely voluntary organisation dedicated to rescuing neglected, abandoned and unwanted German Shepherd Dogs (GSD) across New Zealand. The trust was founded by Denise Sharp in the memory of Yani, Denise’s first German Shepherd Dog, who died at the age of 2 1/2 years after battling various illnesses.

The Trust has 4 Trustees and a few volunteers residing in Palmerston North, Hastings, Wellington, Waikato, Whakatane, Warkworth and Auckland, who offer services such as checking potential homes for a dog, transporting the dogs to their approved homes, and helping the Trust’s founder, Denise, in organising the annual GSDRT Christmas Party and GSDRT calendar production and posting.

The Trust has been applauded for its service by the North & South magazine February 2007 edition, and its founder Denise was a runner-up for the Aucklander of the Year Award 2005. Telecom NZ also awarded Denise with their ‘Unsung Hero Award’, as did ‘Pets on the Net’ with their “Good Pet Person Award”. GSRT was  featured in the Collectors Edition of the PET Magazine March 2012 and most recently in The NZ Kennel Club Dog World Magazine September 2015.

Choose one of these 3 charities to receive this money.

Which of these 3 charities has your vote for the charity we support in March 2019?

Thanks for your vote! If you have your automatic payment setup already, thanks!